In Finland we have had sheep proximately over 4000 years. In now a day our breeds of origins are Finn sheep, kainuunharmas and ahvenanmaanlammas. We have also meat breeds as texel, dorset, oxford down, rygja and the newest Suffolk. In year 2015 we had here 155 200 sheep and the most common breeds were, Finn sheep 10040 and kainuunharmas 1136 and also Texel 1108 pieces. Sheep farms we have here slightly under 1400. Most of them are small family farms but we have also some of bigger farms too. We have 18 sheep stud farms for our main breeds. They have certificate that they are committed to the terms of our sheep organization for sheep stud farms. Sheep in these farms are the top quality of its breed. Sheep stud farms are checked every year, so they always fill the terms of good breeding pond.
We have also organic sheep farmers a proximately 16% of all sheep farms.
Almost every farm belongs to a performance recording. In recording the farmer makes report of sheep amount, ewes’ amount, lambs’ amount, ram amount, amount of how many lambs has born, lambs born weight, three days weight, 6week weight, 4-month weight, daily growth and what breed sheep is and also the finally yield as meat.
In Finland we consume proximately 0,7 kilos per person. In year 2017 almost half of consuming was domestic, overall consuming the number were one third per person. We don´t use a lot of sheep meat over the year. The biggest sheep meat consumption is in Easter.
We should need more information for the customers of sheep meat and how they can use it on cooking year around. Because now our farmers have often plenty of meat but not enough buyers for that.

It would be a nice to hear about other countries sheep production.

Source materials were in Finnish: 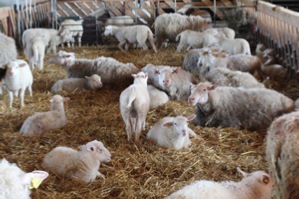 In Norway we have had sheep in about 3500 years and today, there are just over 13.000 farmers, which together have approximately 950.000 winter fed sheep (not including lambs that are slaughtered in the fall). The sheep farms are all over the country, but most of them are located at the western parts of Norway. The most common breeds are The Norwegian White Sheep (73%), White Spælsau (10%), and Old Norwegian Spælsau (3%) (NIBIO, 2016). Breeding is done through regional breeding associations subject to strict requirements for animal health, hygiene, and quality (NSG 2020).

Most sheep go on pasture in the mountains or other uncultivated areas during summer, and the breed Old Norwegian Sheep may go outdoors also during wintertime, especially in the southern and western coastal parts of Norway. As the sheep graze on areas that cannot be used for any other agricultural production, it is considered a climate friendly production, despite the methane emissions they, as ruminants, produce. However, there is an ongoing conflict between (sheep) farmers and predator advocates, as predators such as wolfs, bears and wolverines prey on sheep. This is especially true in the eastern parts of Norway, where most of the carnivores live.

Every year, almost 1,3 million sheep (ewes and lambs) are slaughtered in Norway (Norsk Landbruk 2019). The natural resources for producing twice as much, but there is already an over-production of sheep meat compared to the consumed amount. On average, each person consumes 3,5 kg lamb each year, mostly during autumn and religious holidays, such as Christmas and Easter. 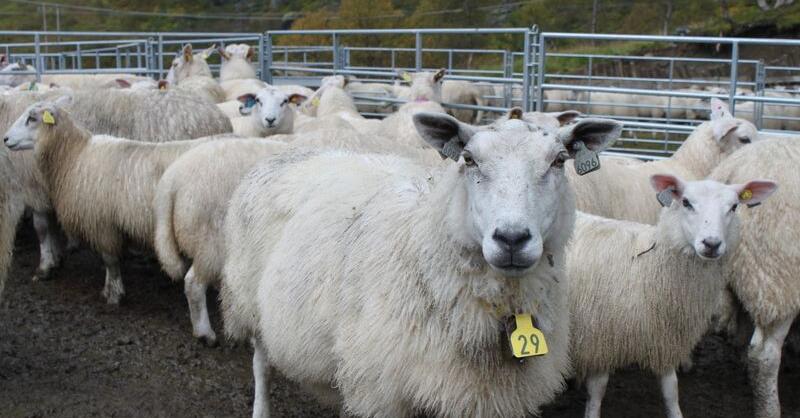